16 replies to this topic

As we all know, Balin's Jungland, A kiddie section added in 2005 with the opening of the Golden Kingdom, was closed at the start of the 2011 season. I know it has been said that the area was considered for a Safari Discoveries expansion, but if those plans have changed, what would you like to see there? Let the speculation begin!

It's a nice area for some flats!

It'd also be pretty neat to see it transformed into something like the Exploration Station in the Safari.

I'd like it to be transformed into more of a jungle-type animal area, along with TotT returning. Its a nice big space that could fit multiple animals or even a large animal's enclosure. If not something like that, then I agree with mike that it should be a place for some sort of flat, or maybe a sit-down restaurant.

It would be a perfect spot for a couple flats and maybe a new rainforest type water ride? I don't know if is enough room but that would be amazing if we got a water coaster.

Total Roller Coasters I've been on: 162

I'd like to see a jungle themed interactive dark ride

I'm just going to put this out there, but what about that steel Hyper coaster mentioned on Screamscape? The one hat goes from The Golden Kingdom to Plaza Del Carnival and then to Frontier Adventures and back? It's possible that that space could be used for a majority of the ride. 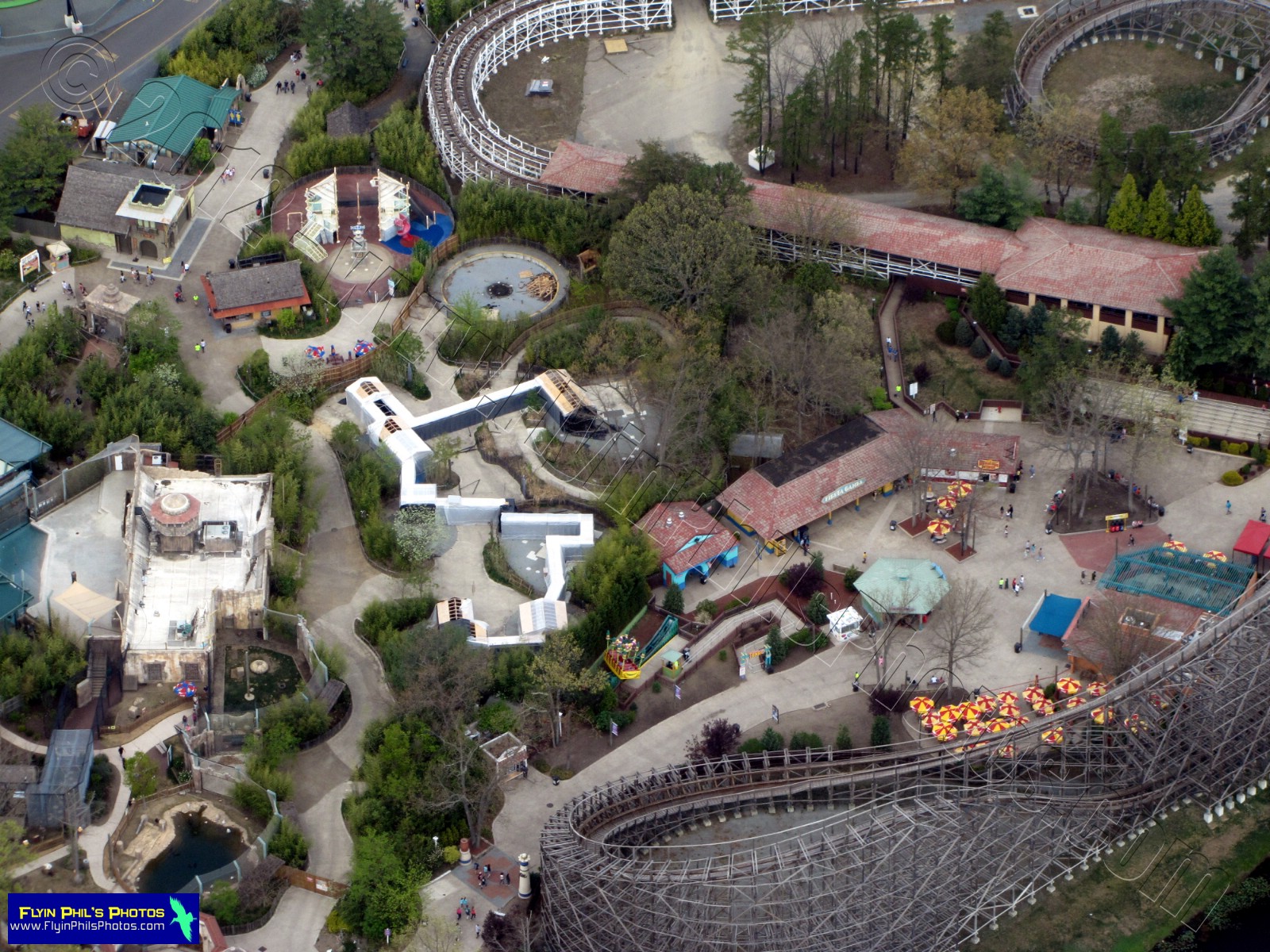 This picture is from Flyin Phil's latest update. Anyone know what that is?

It's a Terror Trail

I'm glad to see that they're making the trail a more permanent structure, but I wish it wasn't there. The old jungleland area is a great area to put some new flats with a jungle theme in, plus it keeps that whole walkway to Ka closed off, making the area by Ka a giant dead end.

I agree, I'd rather see the trail elsewhere. During the day you can cut through Safari Discoveries which helps but the path was still easier to walk through.

I think it would be cool to have a Temple-themed interactive dark ride. It could just be a copy of BooBlasters, but in a Temple-looking building. The park could even use the already-existing temple building as a facade. This way, Golden Kingdom has more than just Kingda Ka.

They could at least make a walkway connection from behind the games at Rolling thunders exit....then it would even be easier to get from Ka to toro!

I would like to see animals or some new flats more for the family or a thrill ride. Maybe another kiddie coaster.

Could a Zacspin fit in that play area? You'll have two green tracked Intamin coasters right there.

Too cool for Kingda Ka train joke names - We grew up.
Candidate for Most Coaster Knowledge 2012 gadv.com
If I had a $1 for every cough and told you so-s here...
Back to Construction & Future Expansion